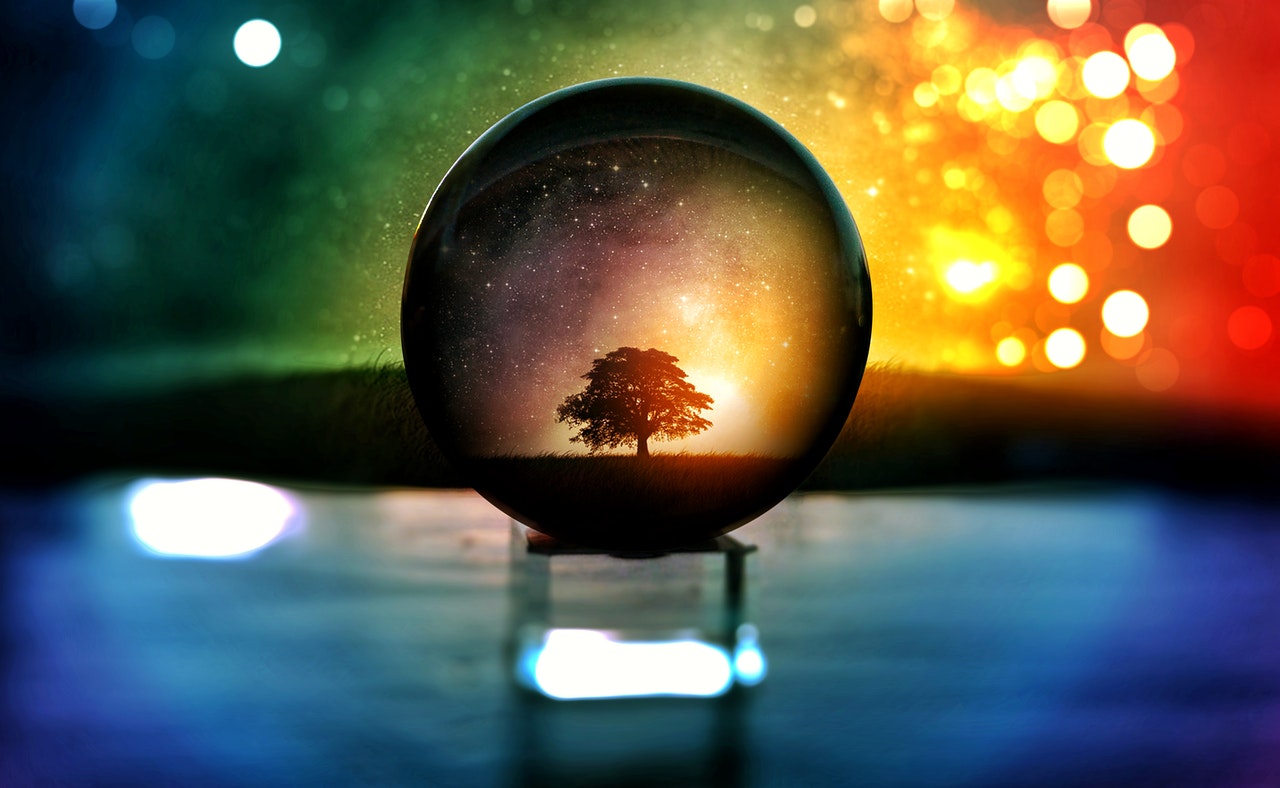 Getting back into legerdemain at this late point in my life has caused me to stare into the crystal ball of magic entertainment. What do I see in this metaphorical sphere? That it’s never too late.

When I was young at one point I was faced with pursuing magic or Hollywood. At the time I chose La La Land, which if I had it all to do over again I would have gone down the conjuring path.

And even with the recent challenging experience that I had with creating a mentalism product and getting recognition from it, I still hold prestidigitation close to my heart. Once a magician, always a magician. I don’t need to stare into a crystal ball to know that.

Magic is a double edged sword. On the one hand it is good entertainment and people want to be entertained, while on the other hand you have to be careful with it, because it can blow up in your face.

All these years later magic as a form of entertainment is misunderstood. True magicians never claim that what they are doing is “real magic.” They are clear and strive to make it clear to their audiences that they do not actually have super powers and are there only to help provide a fun time. Anyone claiming to be the real deal, is most likely a charlatan.

But in spite of this, magicians are sometimes accused of trying to get over on spectators that they truly posses mysterious powers. Take Houdini for example, who in later years made it his life’s work to expose fake mediums by being able to perform each of many effects that so-called psychics tried to get over on people as being the real McCoy. But despite this, people still see Houdini as having had supposed powers.

So if you decide to become a magician, be very careful, because doing magic could blow up in your face.